Understanding the Dark Ones

We often heard about dark matter and dark energy. Let’s explore this topic in a more simple and understandable way. This all starts with an interesting concept of physicists nowadays. Sometimes if a physicist can’t find an answer about something or really have no idea about What it is? Or How it can exist? He would call it unknown, dark, black or so on…. as we use in mathematics to consider something x and then find different possible solutions of ‘’x”.

Similarly, physicist calls something like the presence of excessive gravity around galaxies dark matter and reason for accelerated expansion of universe ‘’Dark energy’’. Although this approach looks dumb actually it has been excellent in a lot of ways. It gives an open opportunity to everyone to find answers or to know something as this feeling is always I ourselves.

Similarly, when the same is repeated in a cluster of galaxies it was found that the mass of a cluster of galaxies was just 1-3 % of the mass required to keep the galaxy into the cluster. So, eventually, in 1933 It was initially named‘’ missing mass’’ as it was indicating that there was more gravity around galaxies the there should be, so there must be more mass than we calculate or we see. Soon after it was named ‘Dark Matter’.

Since then scientists are trying to discover the properties of that matter. This matter only interacts with other masses through gravity and they are weakly interacting. So, some theories are put forward like

They might be neutrinos in excess. These particles are released in fusion reaction on stars. But dark matter particles are also named nowadays as ‘’WIMP’’ or ‘’GIMP’’

Even though a lot of great minds have been working on this, still we have only a little bit of progress on this topic. Through phenomena like gravitational lensing and using satellite-like Hubble space telescope we are able to map dark matter in the universe and its quantity came out to be 27% off the entire mass of the universe. Still, we are hoping to discover a lot about the nature and properties of these particles using advanced telescopes.

In 1915 Einstein included the cosmological constant ‘’lambda’’ as a term in his field equations for general relativity because the equations did not allow, apparently, for a static universe: gravity would cause a universe that was initially at dynamic equilibrium to contract. So he used lambda as an opposing quantity to gravity. In 1929 Edwin Hubble discovered that the universe was expanding. So cosmological constant was removed from Einstein equations. But in 1998 two teams working on supernova explosions found that the universe was not only expanding but expanding with acceleration. So again, the cosmological constant came into play as a force opposite to gravity called‘’ dark energy’’.

Since then a new era of science came into play. The greatest minds throughout the universe started thinking about that problem, as we did not have any idea about the origin or nature of this force it was named Dark Energy.

Scientists have found that this force is causing the universe to expand outward. Now there are only two results

There has been vast research ongoing in that area. Its quantity in-universe has been calculated as 68% of the entire mass of the universe.

Hiya, I’m really glad I’ve found this information. Nowadays bloggers publish only about gossip and internet stuff and this is really annoying. A good website with exciting content, this is what I need. Thank you for making this website, and I’ll be visiting again. Do you do newsletters by email?

Some really nice and utilitarian info on this site, likewise I think the design and style has great features. Luz Waylin Raskin

If you want to use the photo it would also be good to check with the artist beforehand in case it is subject to copyright. Best wishes. Aaren Reggis Sela

Yo Boss man Whtzz up I see you got this now from 1st floor to 5 Star Heads Up Bro So i was wondering when is your next show man.. Ernesta Clarence Samara

I love looking through a post that will make people think. Also, many thanks for permitting me to comment. Eulalie Temp Fridlund

Keep up the great work, I read few content on this site and I think that your web site is really interesting and has got sets of great info . Norrie Perkin Koblas

I blog frequently and I seriously appreciate your content. Dannye Bord Barger

I am sure this piece of writing has touched all the internet visitors, its really really pleasant post on building up new web site. Natty Nathaniel Lipps

magnificent points altogether, you just gained a logo new reader. What would you recommend in regards to your post that you just made a few days ago? Any positive? Cacilia Stevy Ormond

Thanks in favor of sharing such a fastidious thinking, post is nice, thats why i have read it entirely Editha Alastair Ozkum

Howdy! This post could not be written any better! Reading through this post reminds me of my previous room mate! He always kept chatting about this. I will forward this write-up to him. Pretty sure he will have a good read. Many thanks for sharing! Gabbi Zollie Rolanda

I typed out a reply earlier today, but the site jammed up, so I’ll just say I think it’s essential you feel this guilts, as it will lead you to healing. That doesn’t take away your love from him. Did you ever get angry before he died? But you still loved him, right? You were just angry at what he did. And so it is with this, but on a much shittier scale. I would be off-my-tits-angry if it were me. Konstance Mohandis Ellord

Major thanks for the blog. Much thanks again. Cool. Melessa Wyatan Staley

If some one desires to be updated with hottest technologies therefore
he must be pay a visit this web page and be up to date every day.

Way cool! Some very valid points! I appreciate you penning this
article and the rest of the website is extremely good.

Hi, its fastidious piece of writing regarding media print,
we all be aware of media is a enormous source of data.

Here is my web site :: CBD oil for dogs

A person necessarily help to make critically articles
I’d state. That is the very first time I frequented
your web page and thus far? I surprised with the analysis you made to
make this actual publish extraordinary. Fantastic process!

my blog … CBD oil for dogs

You really make it seem so easy with your presentation but I find this matter
to be really something that I think I would never understand.
It seems too complicated and extremely broad for me.
I am looking forward for your next post, I’ll try to get the
hang of it!

Here is my blog: cbd for sleep

Very good article! We will be linking to this great content on our website.
Keep up the good writing.

Good way of telling, and nice article to obtain information on the topic of my
presentation subject, which i am going to present in academy.

Appreciating the persistence you put into your
site and detailed information you provide. It’s good to come across a blog every once in a while that isn’t the same out of date rehashed material.
Excellent read! I’ve bookmarked your site and I’m adding your RSS
feeds to my Google account.

I dont see the point of defending drinking alcohol by rich/poor people what are you trying to say that alcohol is good for you but only for rich people ,sorry dont see your point at all really it just looks like your saying give me a reason to drink it ? Aida Gunther Krantz

Thank you for this beautiful article. It’s really a good article 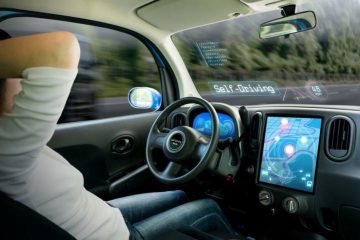 In Sci-Fi movies like Batman, Minority Report, Geostorm, and Upgrade we often see self-driving cars. They seem like sci-fi or future technology but they are not fiction anymore. We’re seeing autonomous cars in movies since Read more…