Gertrude B. Elion was an American biochemist and pharmacologist, who, alongside colleague George Hitchings and Sir James Black, earned the 1988 Nobel Prize in Physiology or Medicine for the use of the innovative methods of rational drug design for the development of new drugs.

The use of this method focused on understanding the target of the drug rather than the conventional path of trial and error, which revolutionized drug making. Additionally, rational drug design allowed Elion and colleague Hitchings to develop effective drugs for treating leukemia, malaria, and many other illnesses, including the first successful antiviral drug Acyclovir (ACV) to treat herpes.

Her work led her to create AZT (Zidovudine), an antiretroviral medication used to prevent and treat HIV/AIDS. Her work also included the development of the first immunosuppressive drug known as azathioprine which was used to fight rejection in organ transplants. 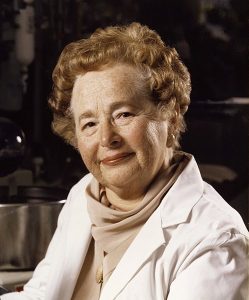 Gertrude B. Elion is most famously recognized as an American biochemist who pioneered the use of rational drug design for the development of life-altering and saving drugs. [1]

Her deviation from trial and error led to the revolutionizing of drug production. Additionally, it paved the way for the development of effective drugs to aid organ transplants and to treat numerous ailments. Through her contributions, even after her death, Gertrude B. Elion is saving lives.

Elion was born in New York City, on the 23rd of January in 1918. [2] Her parents were Robert Elion and Bertha Cohen. Elion had grown up with a thirst for knowledge, and she enjoyed all of her school courses equally. At the end of high school, she decided to major in science, particularly chemistry. Her decision was influenced by the death of her beloved grandfather whom she had lost to stomach cancer. [3]

She was motivated to do something that would lead to a cure for the terrible disease. [4] 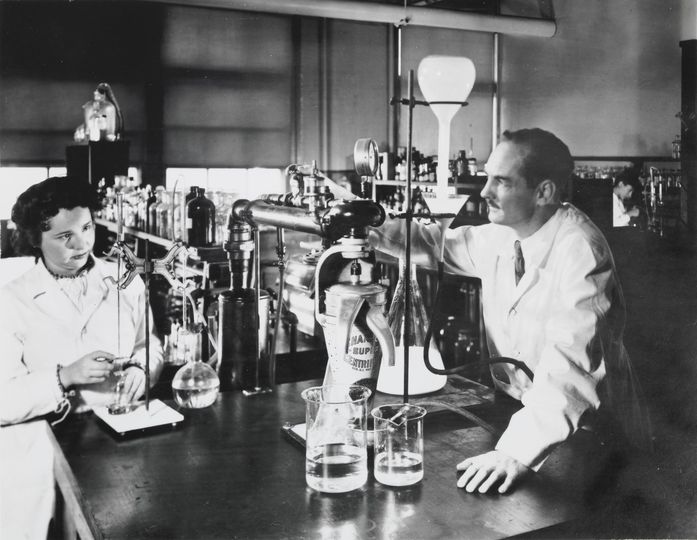 She attended Hunter College in 1933. However, after her graduation, due to the Great Depression, she was unable to attend graduate school. Regardless, she applied to several universities with the hope of getting an assistantship or fellowship. Unfortunately, the number of jobs was low, and the few available positions were not allowed to women at the time.

Instead, she then got a three-month job at the New York Hospital’s School of Nursing where she taught biochemistry to nurses. [4]

After this, she worked as a laboratory assistant for a year and a half. She saved up enough money to enter graduate school at New York University in 1939. [5]

After her masters, by the time World War II had begun, in 1944, Elion took up the position as an assistant to George Hitchings at Burroughs Wellcome. [6] She described this as the job of her dreams. [4] She went from being a solely organic chemist to very much involved in microbiology and in the biological activities of the compounds she was synthesizing. Together, Elion and Hitchings discarded the traditional trial and error approach and took on a more rational, scientific approach.

In 1950, Elion made her first major discovery, which was a purine compound that interfered with the formation of leukemia cells.

In 1961, the compound yielded a drug that suppressed immune response, making organ transplants possible for the first time.

In 1963, Elion made another discovery of allopurinol which reduced the body’s production of uric acid, which was fatal for cancer patients.

Elion’s final breakthrough was in the development of the antiviral drug acyclovir, approved in 1977. The drug her team developed both attacked herpes and could be used to fight Epstein-Barr, chickenpox, and shingles. It led to antiviral therapy and AZT, the first drug to treat AIDS. 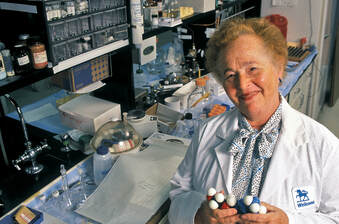 Her name appears on 45 patents for life-saving and changing drugs. [7]

In 1967, she was appointed the Head of Department of Experimental Therapy in Burroughs Wellcome, and she held this position until she retired in 1983. [4]

She took an active part in the American Association for Cancer Research, serving on its Board of Directors, program committees, and from 1983 to 1984 as its President.

She served on the Advisory Committees for the American Cancer Society, Leukemia Society of America, Tropical Disease Research Division for WHO, and was the Chairman of the Steering Committee on Chemotherapy of Malaria. [4]

Elion received the Nobel Prize in Physiology or Medicine in 1988 which Hitchings and James Black for rational drug design.

Gertrude Elion’s life mission was to alleviate human suffering, and she fulfilled this mission with rational drug design and consequently with the drugs she created.