Hermann Joseph Muller (1890 –1967) was an American geneticist and Nobel Laureate who is best known for his work for mutations & hereditary changes caused by X-Rays and was also awarded Nobel Prize in Physiology or Medicine in 1946 for this work. He was considered the greatest geneticist and the greatest evolutionist of his era.

His other notable work includes the book “The Mechanism Mendelian Heredity” which is considered as the keystone of classical genetics. 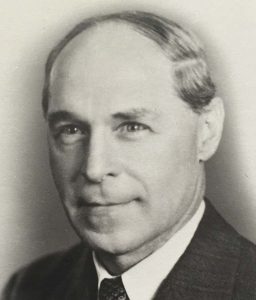 He was born in New York on December 21, 1890, and he was a third-generation American. His father’s ancestors were originally Catholic and migrated from Rhineland to America in 1848. His father continued his grandfathers’ metalwork. His mothers’ family came from Britain but was descended from Spanish and Portuguese Jews.

His brought up was in Harlem. At the age of 16, he entered Columbia College through an unanticipated scholarship, the Cooper- Hewitt, which was granted to him because of his entrance examination grades.

At college, he had much interest in biology. By reading books on genetics, he became centered in this field. In 1909, he formed the students’ biology club which was participated in by some other students as well.

After his graduation, there was not any job in zoology, he obtained a scholarship and then started a teaching fellowship in physiology, keeping genetics aside and doing other jobs like teaching English to foreigners. Finally, he got a teaching assistantship in zoology at Columbia. He was mainly interested in the Drosophila work of Thomas Hunt Morgan from 1910. He strictly followed this research but was not able to do any experimental work until 1912. Then he started investigating simultaneous inter-relationship of many linked genes which founded his thesis.

In 1914, he joined the recently founded William Marsh Rice Institute, now Rice University where he started teaching biology and started working on mutations. There he with Altenburg obtained the first results in this field including evidence that made possible an effect of temperature.

Then in 1920, he returned to the University of Austin, as Associate Professor, and from 1925 as a professor, primarily teaching genetics and evolution and working on research on mutation.

He formulated the chief principles of spontaneous gene mutation and also put forward the concept of gene constituting the basis of life and evolution.

In 1923, he started using radium and X-Rays but the relationship between mutations and these radiations was very difficult to measure.

In 1946, he was awarded the Nobel Prize in Physiology or Medicine for the discovery and demonstration of the mutations and genetic changes caused by radiation like X-Rays. In his Nobel Prize lecture, he said that no threshold dose of radiation existed that did not produce mutagenesis.

He contributed in more than 300 articles on biological subjects to scientific publications.

His most prominent books are The Mechanism of Mendelian Heredity with T. H. Morgan and others, Out of the Night – a Biologist’s View of the Future and Genetics, Medicine and Man with C. C. Little and L. H. Snyder.