Sir Humphry Davy is one of the most famous English chemists and he ruled the world of electrochemistry at the beginning of the nineteenth century. He was renowned for his work on Alkali and Alkaline earth metals.

The miner’s safety lamp was his best invention. He was the first person too isolate potassium, sodium, and boron. Furthermore, he also found the the elemental nature of chlorine and iodine. 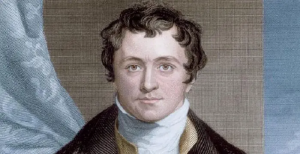 On December 17, 1778, Humphry was born in the city of Penzance located in the southwest of England. His father owned a small farm. His father died when he was only sixteen and it was a great loss for him. But he was very intellectual and hardworking and that is the reason he is still in the minds of today’s world. He was also very fond of writing fiction and poetry.

He attended a grammar school and his life had changed altogether when he met Gregory Watt, son of James Watt, who became a resident in his house later on. His inspiration was Mr. Davis Gilbert and his desire to meet him was fulfilled when he joined the Royal Institution in London. All these happenings had a lot of influence on his career.

The books based on the researches of Sir Humphry Davy are powerful tools to understand the chemistry of different elements and how they work.

When Sir Davy was associated with the Pneumatic Institution in Bristol, he wrote books that introduced him to the world of chemicals. 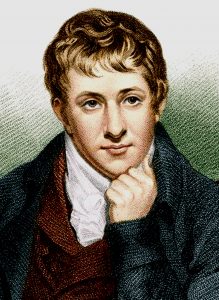 His research was not only restricted to nitrous oxide but he also worked on the respiration of carbureted hydrogen, hydrogen, nitrous gases, and carbonic acid. He was the first person who gave the idea of the voltaic cell and his first lecture at the Royal Institution in 1801 was the proof of this remarkable finding. In fact, this research of the voltaic cell was the clear concept of the electric battery.

He also proved that there is an electric force between the elements i.e: chemical bonding is electrical. He surprised the public that alkalis are simply metallic oxides and this statement had made a great breakthrough in the field of chemicals.

In 1811, Sir Davy told that chlorine is an element and his name was derived from the Greek word “Chloros” meaning pale yellow. Moreover, he worked on the life safety of the coal mine workers and he invented the lamp named as miner’s lamp.

Sir Humphry David was knighted in 1812. His major achievements are: