Published by Abeeha Ibrahim on 10 October, 2021

Henrich Rudolf Hertz is one of the most famous German Physicists. Every science student has heard of the term “Hertz”. What we all know is that Hertz is the unit of frequency but in actual the man behind this is Henrich Rudolf Hertz. Hertz experimentally proved that electromagnetic waves, which were predicted by James Clerk Maxwell, exist. He has been honored by naming the unit of frequency after him. He is best known for his work on electromagnetic waves, which at that time were called wireless waves.

On the 22nd of February, 1857, Henrich Rudolf Hertz was born in Hamburg, Germany. He was the oldest child out of five children. At the age of 6, he started school at Richard Lange private school. He was good in his studies and topped in his class. He enrolled himself in geometrical drawing which improved his painting. At age of 15, he attended Johanneum Gymnasium to study Greek and Arabic.

In 1875, he started studying engineering in Frankfurt, Germany. He also joined the military that year and was part of the railroad regiment in Berlin. In 1877, he left the military and moved to Munich. He enrolled at the University of Munich where he studied mathematics. His goal was to continue his engineering studies. He groomed them under the supervision of P.G. Von Jolly and F.W. Von Beetz. He gained a lot of laboratory experience and after a year, moved to Berlin.

Afterward, he started his research work under Hermann von Helmholtz. His work to find a solution to the Philosophical faculty problem about electrical inertia. He solved that problem in 1879 and won the philosophical Faculty prize. There on, he started his work on electromagnetic waves and associated phenomena.

The publications are not much but his research work played important role in further advancement in technology. His books include: 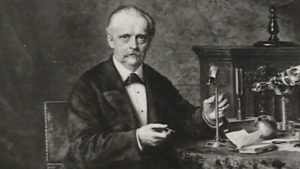 In 1892, Hertz started work to show that cathode rays could penetrate very thin metal foil. He called it the “ray effect”. He developed a setup for experimentation. In the future, his student named Lenard extended his work and he did not realize it at first but he was succeeded to produce X-rays. Hertz noticed that on exposing objects to ultraviolet radiation, the object loses its charge rapidly. His observations helped in the development of the photoelectric effect. He worked in the field of contact mechanics.

His major achievements are: