Published by Abeeha Ibrahim on 24 October, 2021

Max Planck was a German theoretical physicist. He discovered the quantum of action, also known as Planck’s constant, in 1900. His work laid the foundation for quantum theory. This theory revolutionized our understanding of atomic and subatomic processes. Consequently, he won the Nobel Prize as a physicist in 1918. Moreover, he was the first prominent physicist to champion Albert Einstein’s special theory of relativity. 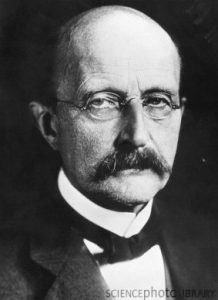 Max Karl Ernst Ludwig Planck was born on April 23rd, 1858 in Kiel, Schleswig (Germany). When Planck was nine years old, his father received an appointment at the University of Munich, where a teacher, Hermann Muller, stimulated his interest in Physics and Mathematics.

Planck entered the University of Munich in the fall of 1874 but found little encouragement there from physics professor Philipp von Jolly. During a year spent at the University of Berlin (1877–78), he was unimpressed by the lectures of Hermann von Helmholtz and Gustav Robert Kirchhoff, despite their eminence as research scientists. His intellectual capacities were, however, brought to a focus as the result of his independent study, especially of Rudolf Claudius’s writings on thermodynamics.

Returning to Munich, he received his doctoral degree in July 1879 (the year of Einstein’s birth) at the unusually young age of 21. The following year he completed his Habilitationsschrift (qualifying dissertation) at Munich and became a Privatdozent (lecturer). In 1885, with the help of his father’s professional connections, he was appointed as Professor (associate professor) at the University of Kiel. 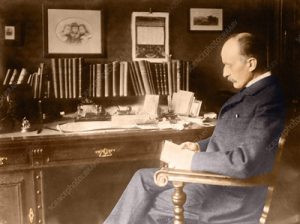 Max Planck changed physics and our understanding of the world forever when he discovered that hot objects do not radiate a smooth, continuous range of energies as had been assumed in classical physics. Instead, he found that the energies radiated by hot objects have distinct values, with all other values forbidden. This discovery was the beginning of quantum theory (an entirely new type of physics) which replaced classical physics for atomic-scale events.

In order to match theory with observations, Planck made a revolutionary proposal. Planck’s idea was that energy is emitted in a similar manner. He proposed that only certain amounts of energy could be emitted – i.e. quanta. Classical physics held that all values of energy were possible. This was the birth of a quantum theory.

Planck found that his new theory, based on quanta of energy, accurately predicted the wavelengths of light radiated by a black body. Planck found the energy carried by electromagnetic radiation must be divisible by a number now called Planck’s constant, represented by the letter h. Energy could then be calculated from the equation 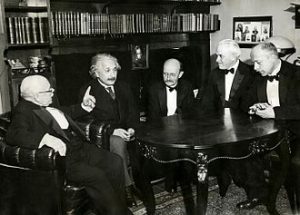