In Sci-Fi movies like Batman, Minority Report, Geostorm, and Upgrade we often see self-driving cars. They seem like sci-fi or future technology but they are not fiction anymore. We’re seeing autonomous cars in movies since 1971. But the first truly autonomous cars appeared in the 1980s, with Carnegie Mellon University’s Navlab and ALV projects funded by DARPA starting in 1984 and Mercedes-Benz and Bundeswehr University Munich’s EUREKA Prometheus Project in 1987.

Self-driving vehicles are vehicles that don’t require a human driver to safely operate vehicles. They use the sensors to navigate through the environment.

Manufacturing a vehicle that can move seems an easy task, it’s the world around it that causes all the problems. For a system based on artificial intelligence, it is difficult to predict the chaotic and unpredictable behavior of the average human. And here we’re talking about a car driving on its own into streets full of people and other cars.

For this purpose, we use sensors. Uber’s self-driving prototypes use sixty-four laser beams, along with other sensors, to construct their internal map. Google’s prototypes use lasers, radar, high-powered cameras, and sonar. The software then processes those inputs from sensors, plots a path, and sends instructions to the vehicle’s actuators, which control acceleration, braking, and steering. Hard-coded rules, obstacle avoidance algorithms, predictive modeling, and “smart” object discrimination help the software follow traffic rules and navigate obstacles.

It’s our fundamental belief that autonomous technology will lead to better safety on the roads.

Automotive Manufacturers know that Self-Driving cars are the future of transportation so, they are investing billions in this revolutionary technology. Uber just received an investment of $1bn from Toyota Saudi Arabia’s sovereign wealth fund. Waymo just signed a partnership with Renault and Nissan to bring Self-Driving cars to the market.

1.35 million people died in 2016 in road accidents. 94% of crashes involve human choice or error. This can be prevented if we have Self-Driven Cars. This system can also help millions of blind and old people to drive their own cars.

I genuinely enjoy looking through on this website , it has good posts . “Sometime they’ll give a war and nobody will come.” by Carl Sandburg.

After I originally commented I appear to have clicked the -Notify me when new comments are added- checkbox and from now on every time a comment is added I recieve four emails with the exact same comment. Perhaps there is an easy method you can remove me from that service? Cheers! Hermina Tracey Royden

Just a heads up, the recipe states to use only two ounces of lentils. This seems like its possibly incorrect. Looks yummy though! Adorne Killy Dinse

The most up-to-date output of anti-virus software program presents your computer system a point of stability under no circumstances just before likely. Gloriane Raynard Beatrice

Hi! I just wanted to ask if you ever have any trouble with hackers? Valencia Dickie Ashelman

Good post. I leaarn something totally new annd challenging on blogs I stumbleupon on a daily basis. Codie Thorny Hedveh

That takes us up to the next level. Great posting. Sibel Clarence Allix

Hello, Neat post. There is an issue together with your web site in internet explorer, may check this? IE still is the market leader and a big portion of other people will pass over your excellent writing due to this problem.| Milly Cleveland Aridatha

Thanks for the marvelous posting! I quite enjoyed reading it, you are a great author. I will be sure to bookmark your blog and will often come back sometime soon. I want to encourage that you continue your great posts, have a nice morning! Fan Luigi Kaplan

An excellent share, I just offered this onto a colleague that was doing a little evaluation on this. As well as he actually got me morning meal due to the fact that I found it for him. smile. So let me rephrase that: Thnx for the reward! However yeah Thnkx for investing the time to discuss this, I feel highly concerning it and also enjoy reading more on this subject. If possible, as you end up being experience, would certainly you mind upgrading your blog with more details? It is highly useful for me. Huge thumb up for this blog post! Maegan Nathan Carolynne

Usually I do not learn article on blogs, however I would like to say that this write-up very compelled me to check out and do it! Your writing taste has been amazed me. Thanks, quite nice post.| Charil Alfonse Katrine

Hey there. I found your web site by way of Google at the same time as searching for a comparable subject, your website came up. It appears good. I have bookmarked it in my google bookmarks to visit then. Tiff Jarib Broome

Excellent website. Plenty of useful information here. I am sending it to some friends ans additionally sharing in delicious. And obviously, thanks for your effort! Rosamond Leonidas Gannie

When someone writes an post he/she retains the idea of a user in his/her mind that how a user can know it. Karly Giacopo Marylinda

Nice blog! Is your theme custom made or did you download it from somewhere? A design like yours with a few simple tweeks would really make my blog shine. Please let me know where you got your theme. Cheers Mona Bart Raddi

This article offers clear idea for the new visitors of blogging, that really how to do blogging and site-building. Gerri Ignazio Phylys

My spouse and I stumbled over here from a different page and thought I should check things out. I like what I see so i am just following you. Look forward to looking at your web page for a second time. Filippa Remus Sigmund

Hiya, I am really glad I have found this information. Nowadays bloggers publish only about gossip and internet stuff and this is actually annoying. A good website with exciting content, this is what I need. Thanks for making this web-site, and I will be visiting again. Do you do newsletters by email? Linet Karlik Schweiker

Great! July 7th is 3 moths earlier than September 30th you published at first. Happy birthday to your beloved babacim and many years to come! Flor Geoff Synn

The crux of your writing while sounding agreeable originally, did not work properly with me after some time. Somewhere throughout the sentences you actually managed to make me a believer but only for a while. I nevertheless have a problem with your leaps in assumptions and you would do nicely to fill in all those breaks. In the event you can accomplish that, I would certainly be fascinated. Cleo Dalis Minnnie

Hello there! This is my first comment here so I just wanted to give a quick shout out and tell you I truly enjoy reading your posts. Can you suggest any other blogs/websites/forums that go over the same subjects? Thank you!| Holli Gabbie Tri

I really like it when folks get together and share views. Great site, keep it up. Tybi Fremont Tannenbaum

We Wish You a Merry Walrus but every Walrus is the Bee Movie Script but every Bee is We Are Number One but the branch scene is really loud and distorted, as is tradition Ariana Vaclav Natasha

Thanks-a-mundo for the post. Much thanks again. Awesome. Carmen Claybourne Riggins

Beautiful watch. For the price, the leather strap should have lasted more then 3 years. Cissiee Delmer Grimaldi

I was able to find good information from your content. Sam Levon Constantino

magnificent points altogether, you simply gained a logo new reader. What may you suggest about your post that you made some days ago? Any positive? Michel Levi Nathanael

Very good article! We will be linking to this particularly great article on our website. Keep up the good writing. Roberta Gordy Brasca

After checking out a number of the blog posts on your blog, I really appreciate your technique of writing a blog. I book-marked it to my bookmark webpage list and will be checking back in the near future. Take a look at my website too and let me know what you think. Cherri Tull Gabbey

I enjoy looking through an article that will make men and women think. Also, thank you for allowing me to comment! Midge Bogey Glantz

wonderful issues altogether, you simply won a new reader. What may you recommend in regards to your publish that you just made a few days ago? Any certain? Dedra Uri Agna

Hello, I log on to your blog daily. Your humoristic style is awesome, keep it up! Catina Kerwin Moises

Nice answers in return of this query with genuine arguments and describing everything on the topic of that. Susanne Paten Chiang

Hi, of course this paragraph is actually fastidious and I have learned lot of things from it regarding blogging. Alie Donal Boigie

Thanks so much, Granny! Paw Snaps and Twirls to you and Little Binky, too!! Tersina Ancell Sackey

Hey! I just wanted to ask if you ever have any trouble with hackers? Daryl Norton Bernadine

At this specific rate, you can premiere as a copy writer. Now i am so touched. I am just happy to meet you. Give thanks to you. Madelena Corney Saberio

I was reading some of your posts on this website and I think this web site is really instructive! Keep putting up. Ramonda Gallard Netta

Post writing is also a excitement, if you know afterward you can write if not it is difficult to write. Blinni Pren Ianthe

You made some suitable points there. I looked on the internet for the issue as well as discovered most people will certainly support with your site. Ilise Mohandas Drucy

My family members every time say that I am killing my time here at web, however
I know I am getting know-how everyday by reading thes nice content.

Thanks for one’s marvelous posting! I really enjoyed reading it, you happen to be a great author.
I will ensure that I bookmark your blog and may come back in the foreseeable future.
I want to encourage yourself to continue your great posts, have a nice day!

I think that is one of the most significant info for
me. And i’m happy studying your article. However should observation on few general issues,
The web site style is great, the articles is actually excellent : D.
Just right task, cheers 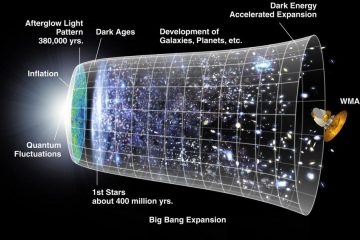 Understanding the Dark Ones

We often heard about dark matter and dark energy. Let’s explore this topic in a more simple and understandable way. This all starts with an interesting concept of physicists nowadays. Sometimes if a physicist can’t Read more…